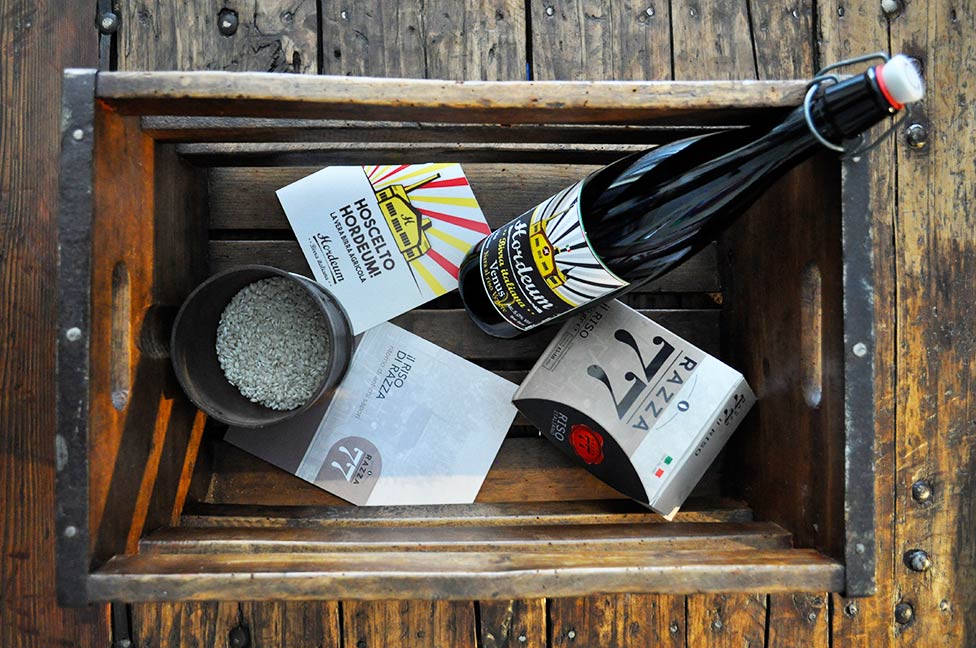 The first evening of Birrazza77, February 24 2018, could only be hosted at the Cascina Fornace of Vespolate, the place where today Razza77 is transformed; the perfect homemade beers from Brewery Hordeum have followed by risotto prepared by the Pro loco of Vespolate.

Another key place in the history of Razza77 was held, on April 6 2018, the second evening of Birrazza77; the Ethnographic Museum of Tornaco where the idea of rediscovering the by now forgotten Razza77 was born in April of 2014. For this second meeting, to honour a place which keeps and transmits the traditions, we chose traditional risotto and paniscia A local version of risotto) with leeks and saffron produced by Stefano Rabellotti.

In both events we have had the honour of hosting public figure of the territory including mayors of the municipalities involved in project Razza77, the Local Novara Tourist Agency and journalists.

But more than anything we are pleasantly surprised by the large flow of public who came to these tastings, spending time together and discovering the products of the territory that represent and safeguard local culture and tradition.

For this reason Birrazza77 events do not finish here... stay tuned! 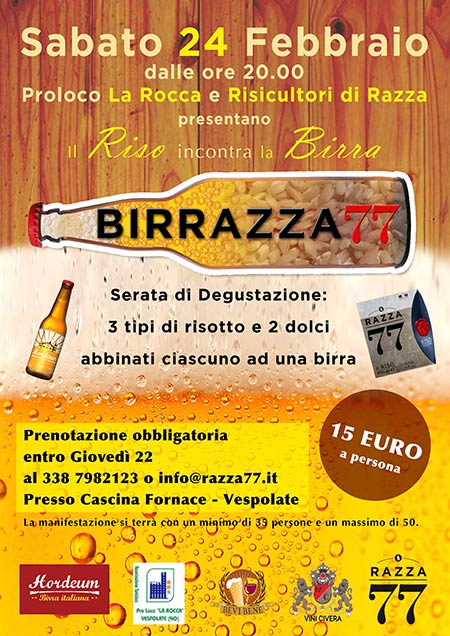 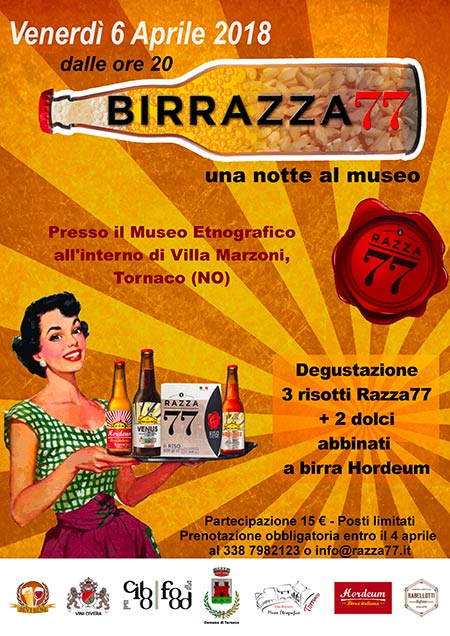